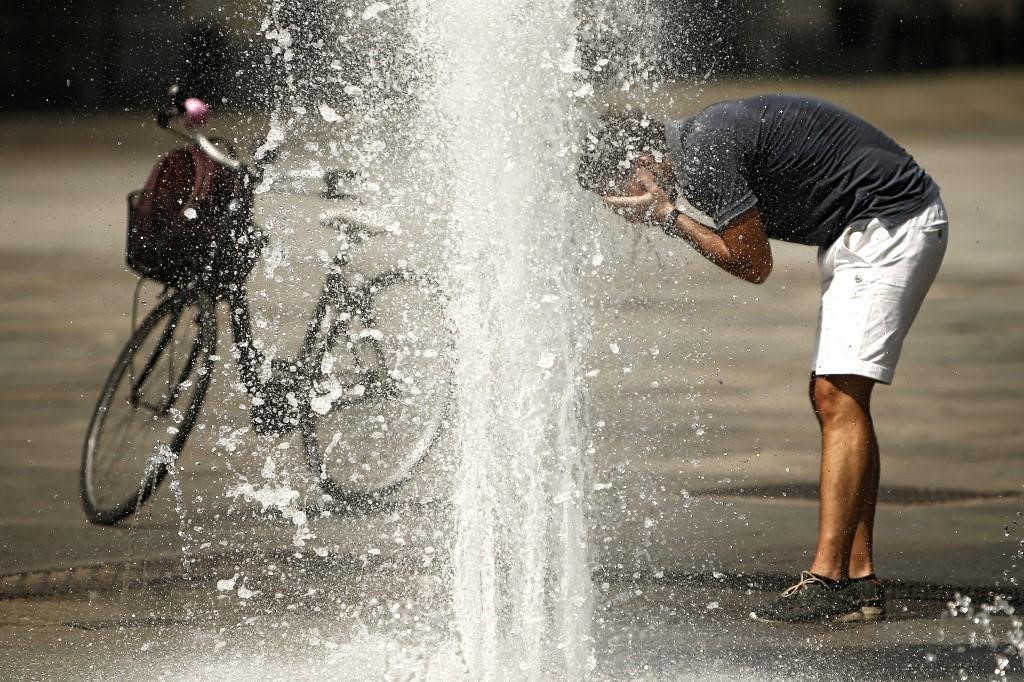 Is it time for Deep Adaptation?

From climate change to climate emergency.

This note comes from the awareness that we live in a period in which the greater possibility of production and exchange of knowledge on an equal basis and on a global scale, leads to having to rectify one’s own path from time to time.

The case in question does not concern much new data on climate change, but rather a systematic reflection on the action and research strategies pursued so far in this area along what appears to be a sort of subtle negation. I am indebted to a British social scientist and environmental expert, Jem Bendell, for his 2018 paper Deep Adaptation – with more than 100.000 downloads – which prompted me to reflect and act on this front (link to the paper in the following languages: Deutsch, French, Greek, Hungarian, Italian, Portuguese, Spanish)

In the UN Sustainable Goals Report 2017 climate change is one of the highest challenge as “… The survival of many societies, and the biological support systems of the planet, is at risk”. Moreover, there is a growing scientific concern regarding aspects such as the air we breathe in our cities and the consequences of the ingestion of micro-particles contained in many disposable plastics, such as bottles of water, for their consequences on the living entities.

But Bendell’s claim grounds on the critique to the systematic exclusion of the worst hypothesis from the current and past environmental debate: the hypothesis that “it’s too late”. He supports that often despair could be better than hope: in a true emergency hope is a misfortune on a disgrace, a drug for our conscience, while despair, as a life skill, can open our awareness and creativity to reaffirm life in three identifiable negative frameworks (collapse (inevitable), catastrophe (probable), extinction (possible).

However, new signs of collective awareness are visible: rallies promoted in schools of 71 Countries since 2018 following the appeals of 15y/o Swedish student Greta Thunberg and FridayForFuture movement, and the emergence of the Extinction Rebellion movement witness this awakening.

The above-mentioned paper is an overt invitation to re-orient toward a post-disaster policy the research commitments on which each of us is engaged: in short, technologies should be designed to tackle with the emergency. Instead of resilience, which implies a strategy to return to the pristine state, we should imagine a three-step process to a new condition: deep adaptation, relinquishment and restoration.

I have no ready answers, but I suggest that the functions performed by the public real estates and land in any commons-oriented program should receive specific attention. Instead of focusing uniquely on goods and services provided by the various NGOs in a specific structure, it is wiser to look after the building itself, as its maintenance and related costs (electricity, gas etc…) are constant, even if goods and services are not offered in it, or services change as well as associations and users.

As NGOs cannot sustain the above costs, the only solution that is proposed is usually to leave them to the budget of the Municipality, even beyond the end of the program: an economic burden that does not appear to be an adequate choice in social and economic terms.

And what if this challenge was taken right now? For example: make a building carbon-free, aim for a zero-waste policy and create, via a digital ledger technology, a renewable energy production system, whose excess is sold on the grid via smart contracts with minimum contribution tokens underwritten by the broader segment of the resident population. Sustainability would have a solid start with a clear possibility of cultural diffusion by curiosity and imitation. It will also facilitate and enhance the goods and services provisioning by the associations involved, raising them from excessive economic burden and expanding governance without depending on the municipal contribution made by the taxpaying citizens.

In the case of public urban land, its use could be directed towards widespread food production, enhancing the experiences underway in one own ongoing program and getting advice and sharing knowledge-in-action with many other commons-oriented social experiments in urban agriculture. This could be easily extended to other public and private land (balconies, terraces, condos’ courtyards): citizens can receive seeds or tokens in exchange of their production that, under certain circumstances, could be devolved to the system for those in temporary difficulties. Those in the latter condition, can voluntary contribute to cultivate public areas as well. Augmented Reality technology intended as a commons can ground on the same life-attention agenda.

In the references below you can also find some anecdotal events that remind us of what the climatic and ecological emergency means in the current times.

Yugen (幽玄) Profundity or suggestion rather than revelation.