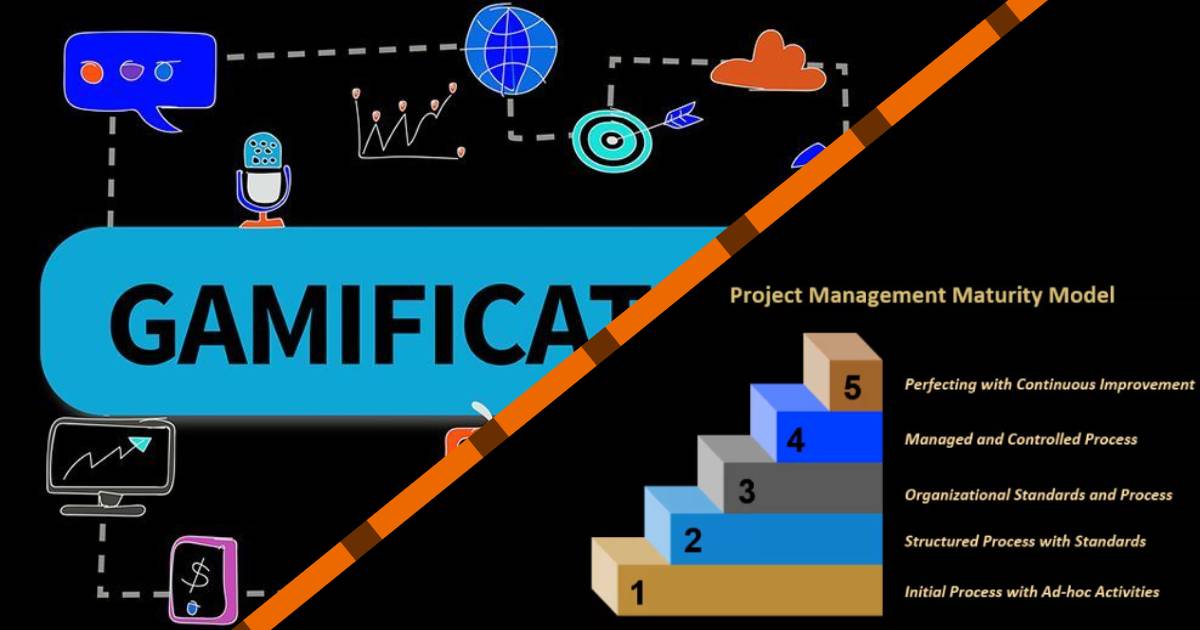 Based on an abstract from Int. J. Electronic Government. Ruth S. Contreras-Espinosa and Alejandro Blanco are the authors. This post suggests applying gamification to different stages of maturity models to boost citizen participation and overcome some limitations.

Gamification as a evolving concept

Gamification is a hot topic in marketing these days. From points for every blog comment to badges for your website, it’s easy to see why: gamification gets people involved. But that’s only the surface of what gamification can do for you. You need to understand the deeper implications of using this strategy so it doesn’t backfire on you later!

A Strategic Guide for Business Leaders

What is gamification? In short, it’s the use of game mechanics such as rewards, challenges, and competition in non-game contexts. When used strategically, games can draw in customers and help retain them longer. They can increase brand loyalty. And they can even make work fun again. But be careful – gamification isn’t a magic wand that will solve all of your company’s problems. You need to pick the right elements and tailor them to your audience before you start throwing points and badges around like candy.

The research conducted by Al-Yafi and & El-Masri (2016) suggests applying gamification to different stages of maturity models to boost citizen participation and overcome some limitations identified by the previous author (Coronado Escobar and Vasquez Urriago, 2014) and also that current e-government platforms that count with interaction stages are perfect candidates for implementation. To justify this hypothesis, they compile and discuss several successful public and private platforms that include gamification to stimulate user involvement. Finally, they conclude that gamification across stages is essential to contribute to the evolution of the maturity process.

The research carried out by Wukich and Mergel (2015) investigates the maturity level equivalent to the interaction stage in previously described models between government institutions and citizens via the different online presence services like social networks. The authors introduce the topic by discussing the evolution of the government to the stage of online presence and towards bidirectional interaction.

Data was collected from different official government actors present on Twitter. The author detected different communication strategies; one-to-many that are the most common one where the government publishes information, one-to-one where a government representative replies to a citizen and also to another institution (horizontal communication), many-to-many where the representative monitors topic’s hash tags and other users in order to deny false claims or follow other agencies in case of disasters. Following previous analysis, they investigated the gamification techniques used by these agents, like posting photos of people participating in emergency drills and including a game encouraging citizens to add pictures of their best protection position or place in order to teach about protection measures in case of disaster. They concluded that the agents perceived as most trustworthy were the ones which significantly interacted more with citizens.

Concerning the topic of maturity level transformation and political decision-making, Opromolla et al. (2015) indicate that the attitude towards a bottom-up approach for public administration is increasingly popular. This crowdsourcing strategy requires additional motivation and involvement from citizens to co-design the city (smart city) and its infrastructure in order to suit the population´s needs. This shared view, supported by the implementation of gamification elements, turns citizens into active players that can now participate in a game where they can build their own city, the city where they live.

The author analysed several real-life smart cities and their applications and found six interaction modes. Next table displays the possible association among various gamification elements and the different e-government stages, according to the description and applications found in the literature. 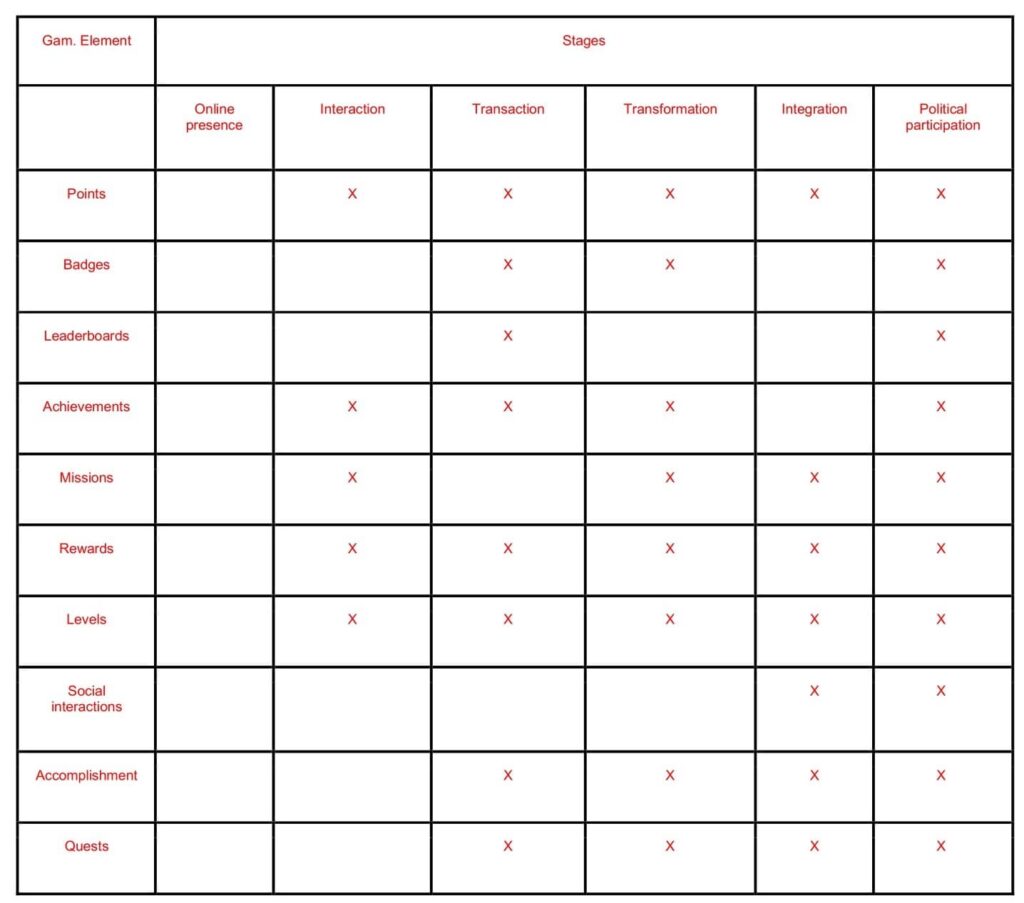 Google Scholar: ’gamification’ AND ’government/e-government’ AND ’elements’ yielded 994 results. An additional keyword was used in the query to refine the search since

Google Scholar filtering is less restrictive than in other engines. A total amount of 47 documents were selected that included content relevant to the field of study.

Sciencedirect: ’gamification’ AND ’government/e-government’ yielded a total number of 464 results. A total of 9 items relevant for this review were considered.

CiteSeerX: the keywords ’gamification’ AND ’government/e-government’ yielded 490 results. Only 5 of them focused on gamification (included game elements) in a government/public service context and were therefore considered for review. The 485 excluded documents were articles that included only gamification or exclusively government/civic issues. A portion of these (17 items) incorporated gamification as a future improvement line/research topic, though it was not the document´s main topic.

Arxiv: ’gamification’ AND ’government/e-government’ yielded 10 results, but none of them related to government services.

To sum up, the keyword search generated more than 2124 articles. The first selection process reduced this number to a total of 75 documents and, after the second selection filter, the number of articles deemed to be useful to fulfil the objectives of the present work was reduced to 8 items.

To sum up, the keyword search generated more than 2124 articles. The first selection process reduced this number to a total of 75 documents and, after the second selection filter, the number of articles deemed to be useful to fulfil the objectives of the present work was reduced to 8 items.